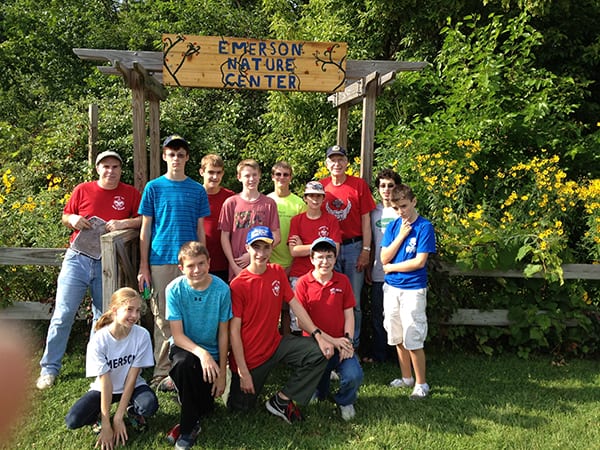 Emerson alum Johnathan Roberts is on his way to becoming an Eagle Scout, and one of his final tasks was to plan and execute a service project. He chose adding tree identification signs and birdhouses to the Emerson Nature Center, working closely with Head of School Jerry Loewen to coordinate his efforts. Everything was carefully planned, including an Emergency transportation route, which thankfully never needed to be implemented. 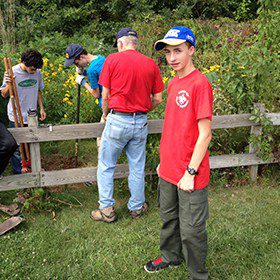 More than a dozen volunteers helped Johnathan complete this project, including his sister Sarah Roberts and recent grads Jon-Michael Taylor and Marshall Hayes. He was counseled by Middle School Science Teacher and Nature Center creator Tim Wilson, as well as a University of Michigan expert arborist. The results are spectacular.   Here Johnathan explains some of his accomplishments during this four-month project.

Emerson covers lots of stuff, so everyone can explore their talents. That’s why I love Emerson.