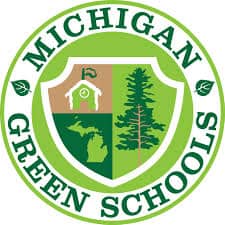 Each year schools in our community apply to earn Green School Status through the Livingston & Washtenaw Green Schools Program. Schools can received one of three statuses, Green, Emerald, or Evergreen, by completing environmental activities in four categories and earning 10, 15, and 20 points respectively. Emerson completed multiple initiatives in all four categories, earning 20 points, and has moved up from its 2014-2015 Emerald status to Evergreen status—the highest level achievable—for 2015-2016.

The four categories include:

I’ve always said that Emerson was one of the best things that ever happened to me, and I will always cherish what that school did for me as a person and as a student. I only wish that every child had the opportunity to go there like I did.