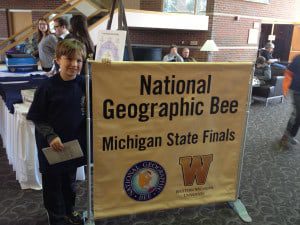 Casey also won Emerson’s 2012 Geography Bee as a 5th grader before competing at the 2013 State Finals, where he won first place for 5th grade and 12th overall in the state.

We are so proud of you Casey!

I met someone here at Harvard who recognized me from Emerson–even though he only spent one year at Emerson, he still recalls it as one of the best educational experiences of his childhood. When we began reminiscing about all the wonderful people there I realized how lasting Emerson’s sense of community can be.