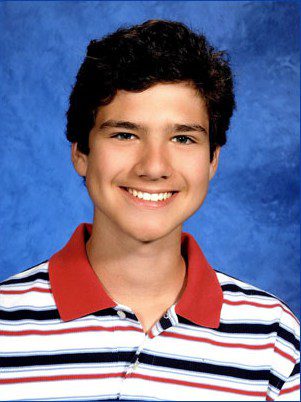 John Nicklas (class of 2012) has been named a Future Breakthrough Award Winner by Popular Mechanics—one of only nine! He’s developing an ingenious new wind turbine design, and his creative, original thinking is pretty incredible.

John is currently a sophomore at Pioneer High School, and his first place prize in the Engineering Category at the Michigan Science and Engineering Fair is what earned him this prestigious distinction by Popular Mechanics.

Below is what Popular Mechanics had to say about John’s achievement:

“Vertical-axis wind turbines aren’t very familiar—they look more like egg beaters than floor fans—because they are less efficient than traditional models. But they have a lot of advantages, and if they could be made more efficient, they might be a major step up for wind power. Their main problem is they only generate power for a portion of their rotation—part of the time, they have to go against the wind. Nicklas had an epiphany after sailing: He constructed a more efficient VAWT by replacing traditional rigid blades with sails that automatically change tack, the same way sailors travel upwind. His crude prototype demonstrated serious gains over some current VAWT designs, and he thinks further work could push efficiency enough to be competitive.”

I’ve never been to a school that allows their students to go to Japan, Spain, Paris or Rome. Plus Emerson does lots of acts of kindness like making blankets for the sick and laying down wood chips at a nature center.